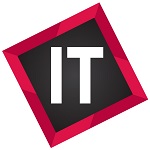 Imatest IT is a set of software components that allow for the integration of key module functionality into your custom testing programs. Quickly test products on the production line while maintaining quality standards. Manage multiple suppliers using one unbiased testing algorithm and catch quality issues earlier in your supply chain. This one-year Subscription License is eligible for quantity discounts when you purchase four or more IT subscriptions on one order.

Imatest IT includes an Application Programming Interface (API) that contains four different types of interfaces: C/C++ DLL, command line EXE, Python module, and .NET DLL. Each of the interfaces described below have the same functionality as the corresponding modules in Imatest Master and IS but operate without user intervention, making them suitable for integration with automated systems.

Although Imatest IT operates independently of Imatest Master, it is strongly recommended that IT users have at least one Master installation on site to support the process of defining execution parameters and default settings.

The C/C++/.NET DLL and Python Interfaces are software libraries designed for integration with other software systems. The interfaces allow developers to access Imatest’s powerful analysis tools via calls to Imatest functions using a variety of languages and platforms.

The C/C++ DLL, Python, and .NET Interfaces feature not only the module libraries, but also extensive support documentation including detailed function definitions and sample code, as well as basic example programs that interface with each of the modules.

The EXE interface is a set of standalone programs initiated by DOS calls from the test system. The test system interacts with Imatest IT through files specified in the DOS command line: the primary inputs are an image file and an INI control file (created and saved by Imatest Master during setup). The output is data files in JSON, XML or CSV format. Figures can be saved if desired.